An emotionally intelligent person is someone who tend to control his emotions rather than his emotions control him. Anger is among one of the feelings that a person may exhibit aggressively or in less harsh ways and it all depends on his ability to control or manage his emotional anger.

What Islam Says About Anger

Anger is a destructive emotion that it can even spoil or permanently damage relationships which can even lead to evil consequences or life tragedies. However, Islam has advised us ways to control such anger fires maintaining decency and self-respect of our loved ones. You should also go through these 50 Best Islamic Quotes about Love with Images.

Loosing hearts in order to win an argument is a big no for every practicing Muslim. Let’s remind ourselves of kindness and having empathy for others. 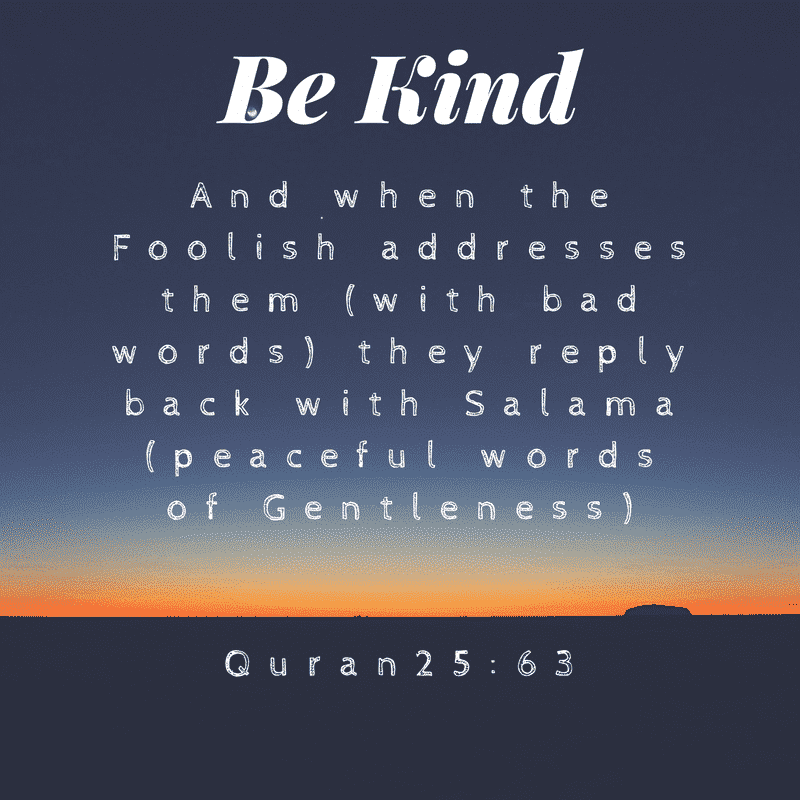 A person who is being stubborn and argumentative is not any way liked by people and in life hereafter. 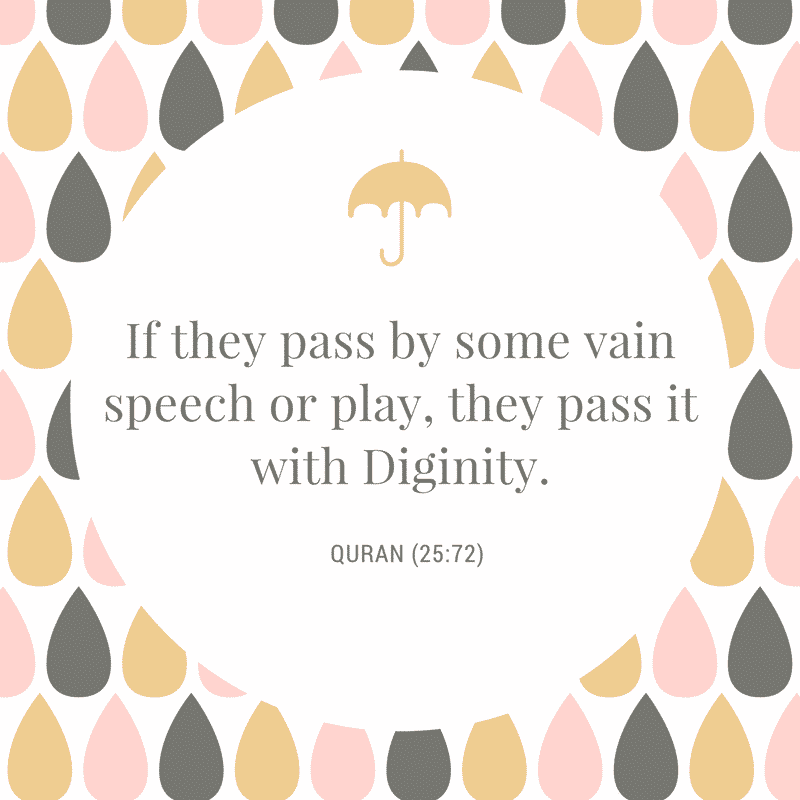 In case you face encounter with a very rude and argumentative person, try justifying your answer with logic and with humble polite tone. 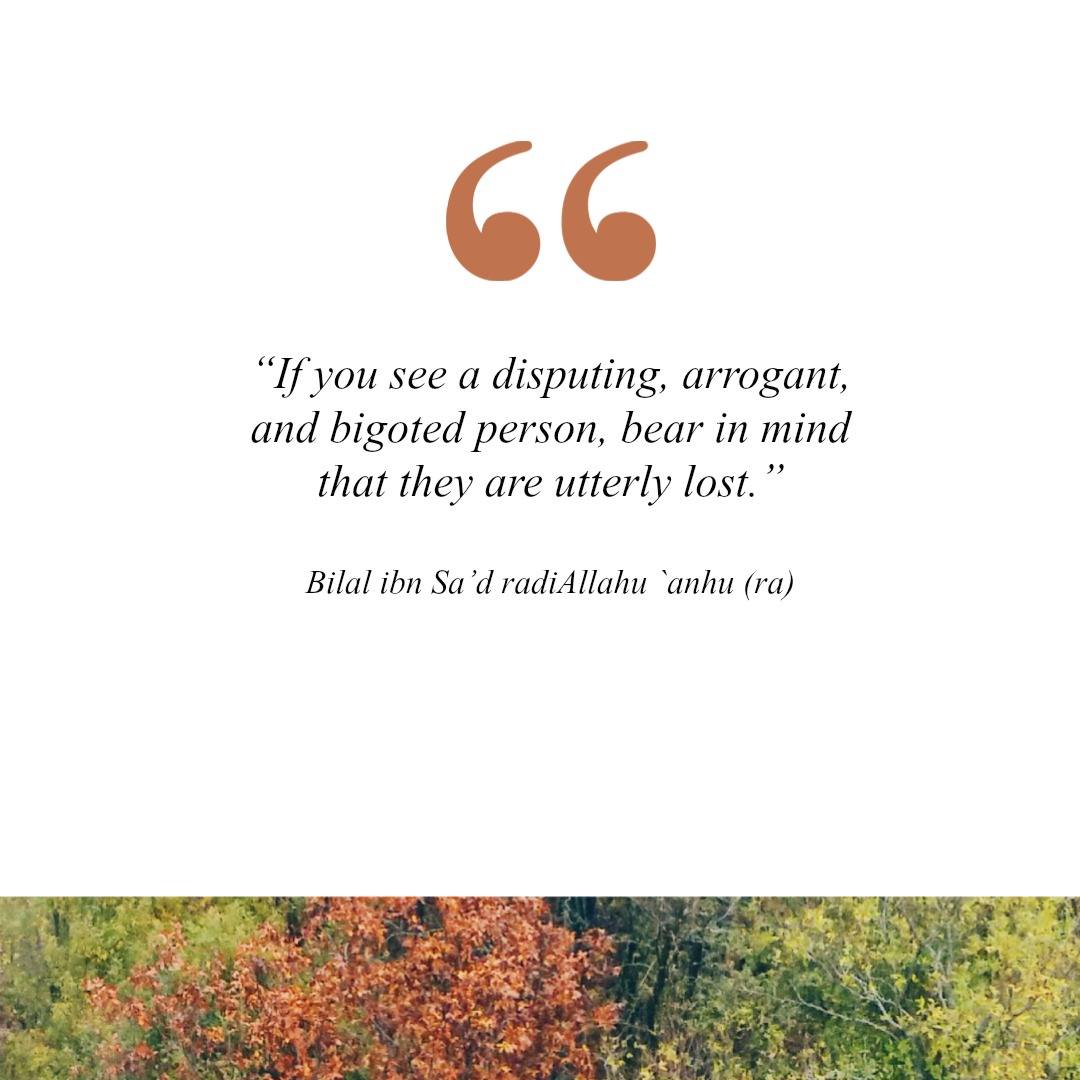 The pace of life is fast and furious but the person himself should not be fierce and the same Islam has taught us hundreds of years ago. Here are 40 Best Proud to be Muslim Quotes with Images. 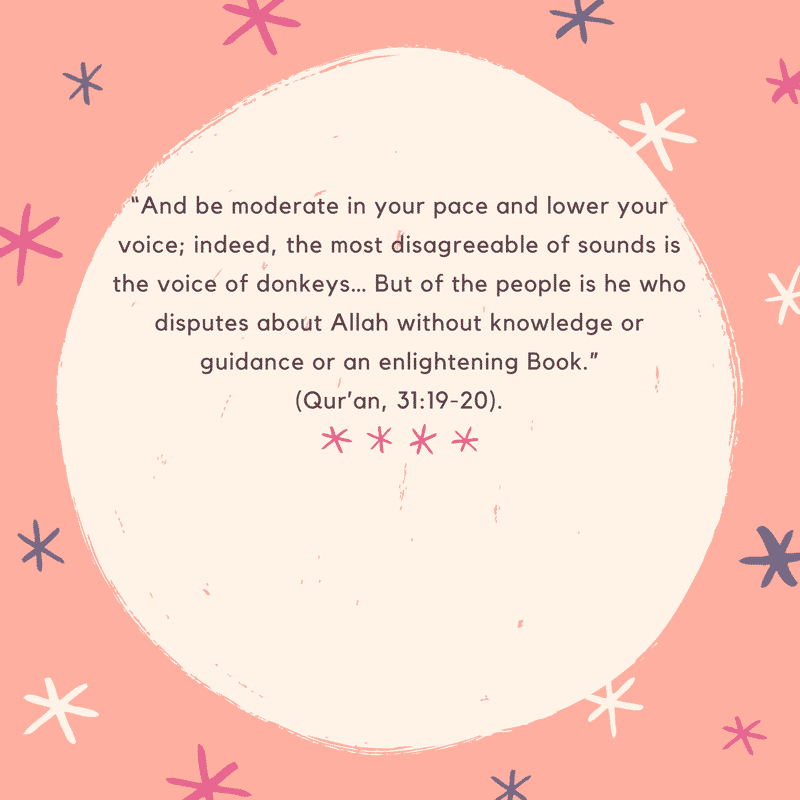 The Prophet Muhammad (S.A.W.W) revealed the person that will get highest rank in Jannah. 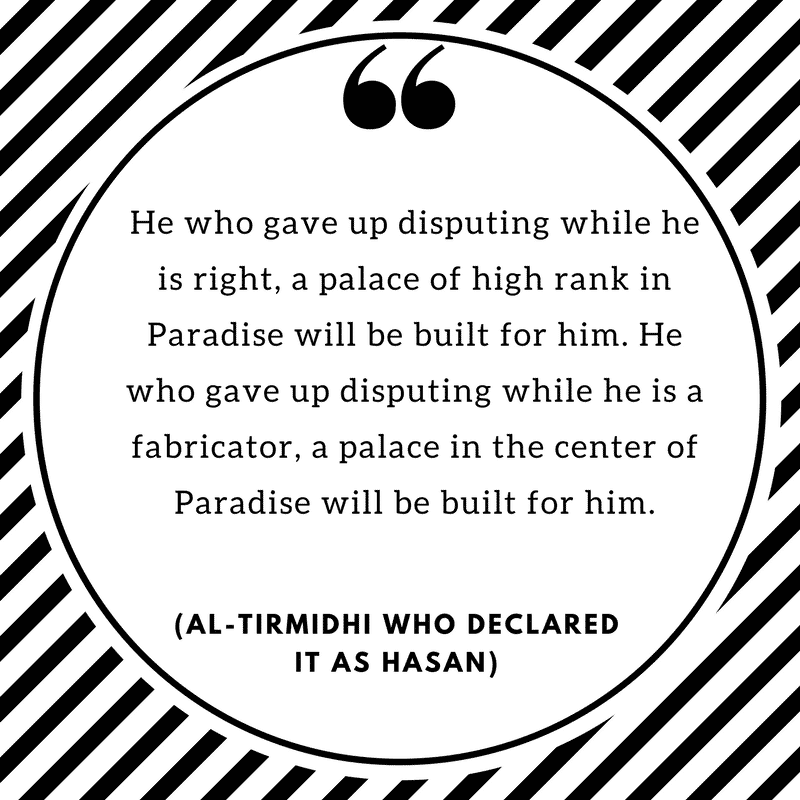 ↓ 28 – REFRAIN FROM INDULGING IN DISPUTES

Islam has advised us to refrain ourselves from disputation and unnecessary quarrel among other beings. 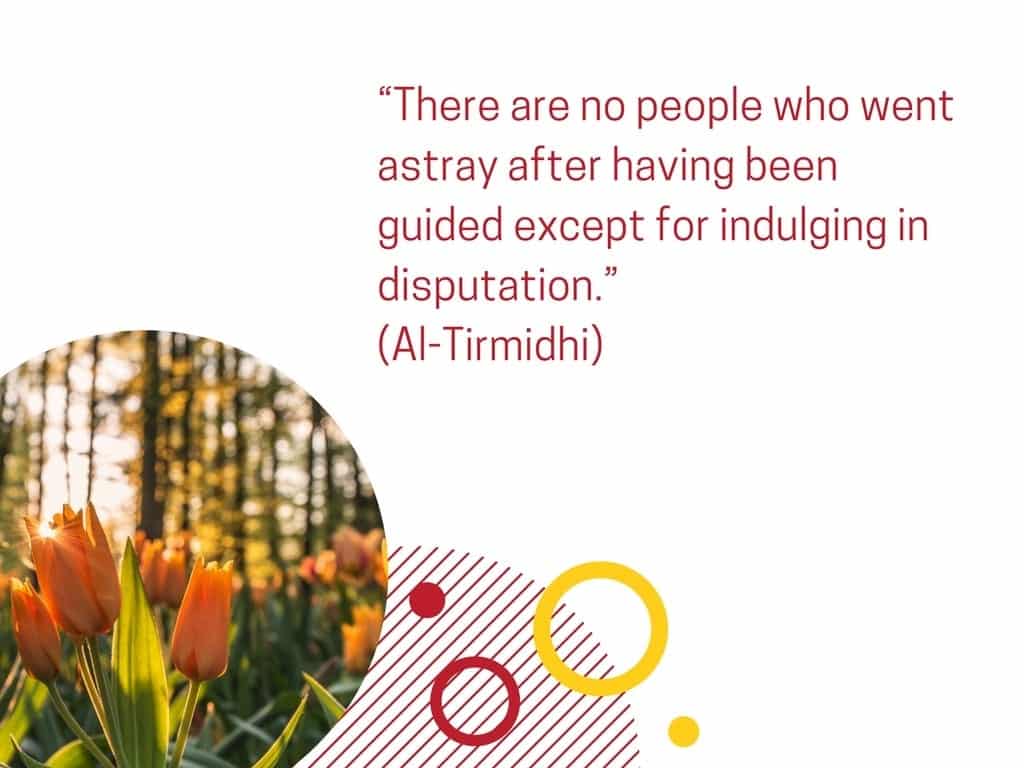 Once a Momin commits something, he should try his level best to fulfill his commitment to defined timelines and accomplish his goals on a satisfactory level. Breaking promises and not fulfilling commitments is strictly prohibited in Islam. 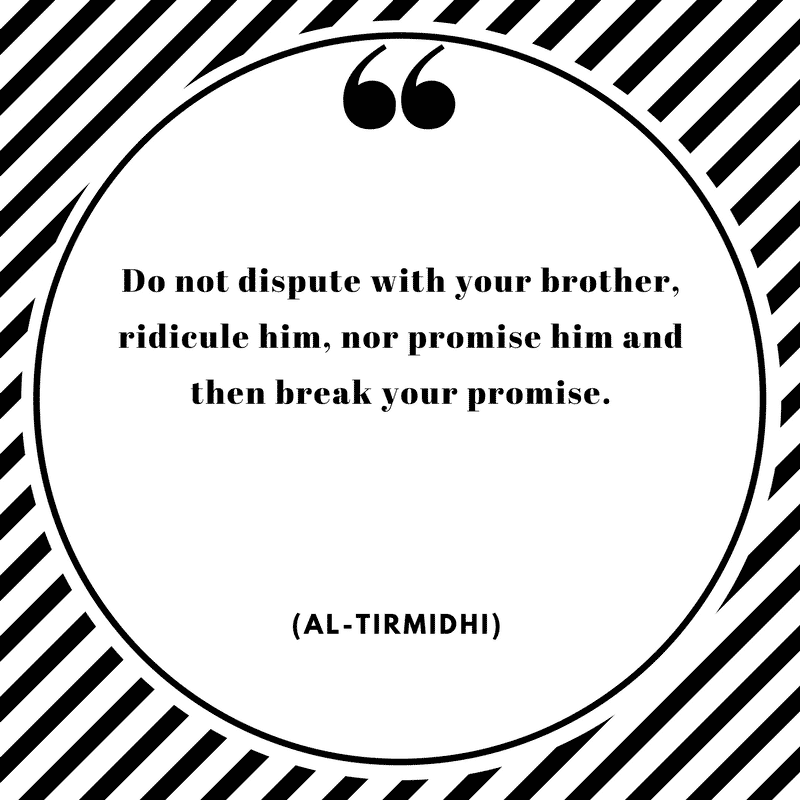 1-Do not learn it to dispute over it

3- Do not leave seeking it out of shyness, dislike for it, or contending with ignorance in its stead.”

↓ 24 – STRUGGLE AGAINST OWNSELF TO LEAVE DISPUTE

Islam taught us to control our anger and when our anger gets triggered it is advised to keep silent to avoid disputes. 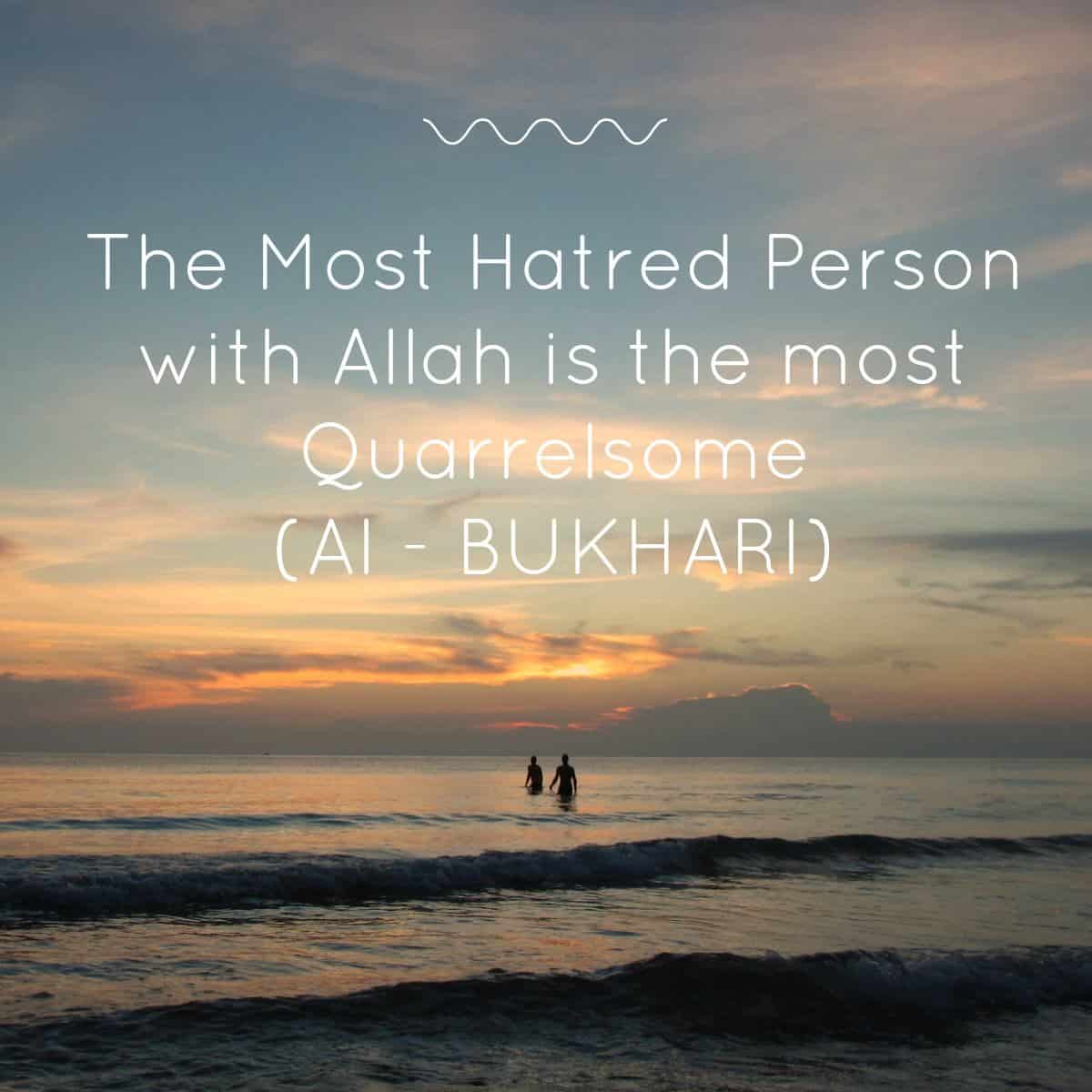 ↓ 22 – BEAUTIFUL ANSWER TO A DISPUTANT 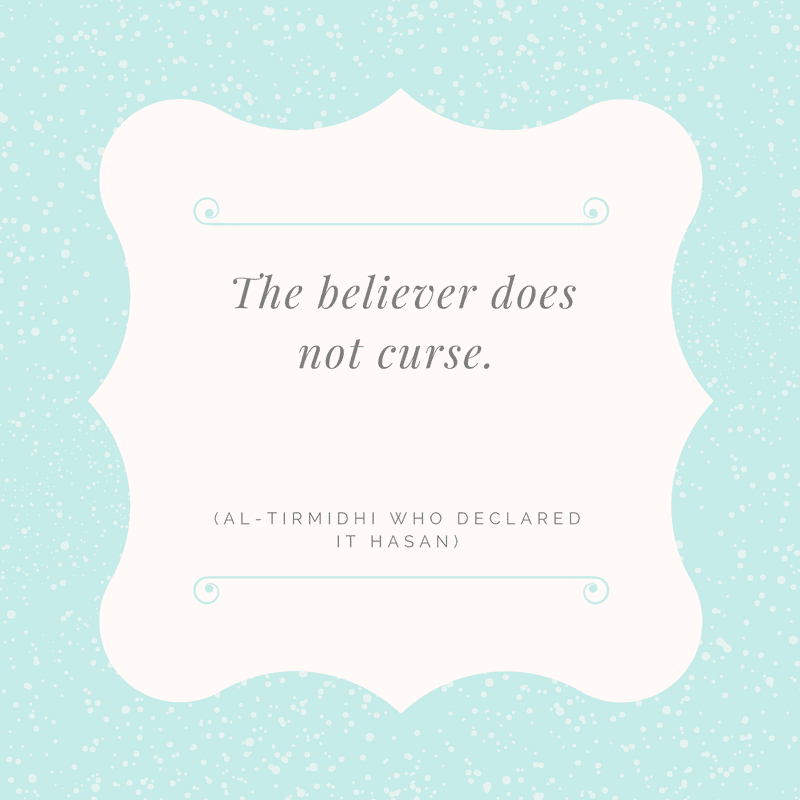 Anger invites hell fire and Allah’s curse and a pious muslim does not want this to happen to him or his other Muslim brother. Here are 50 Best Islamic Quotes About Patience. 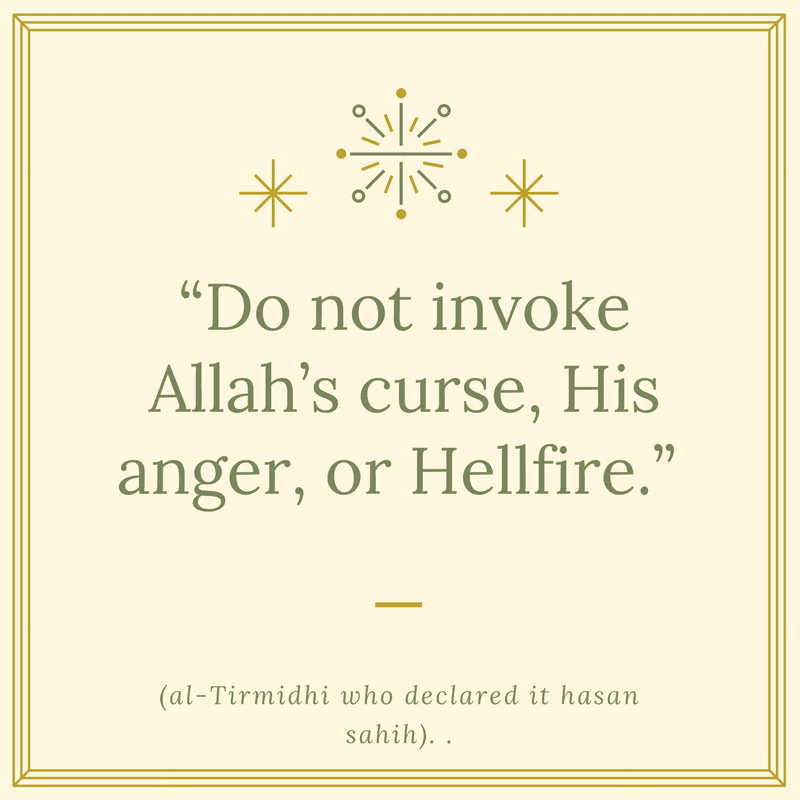 ↓ 19 – CONSEQUENCES ON THE DAY OF RESURRECTION

↓ 18 – HOW TO SAVE OURSELVES FROM ALLAH’S WRATH

Save yourself from Hellfire and Allah’s wrath by controlling your anger and managing it smartly. 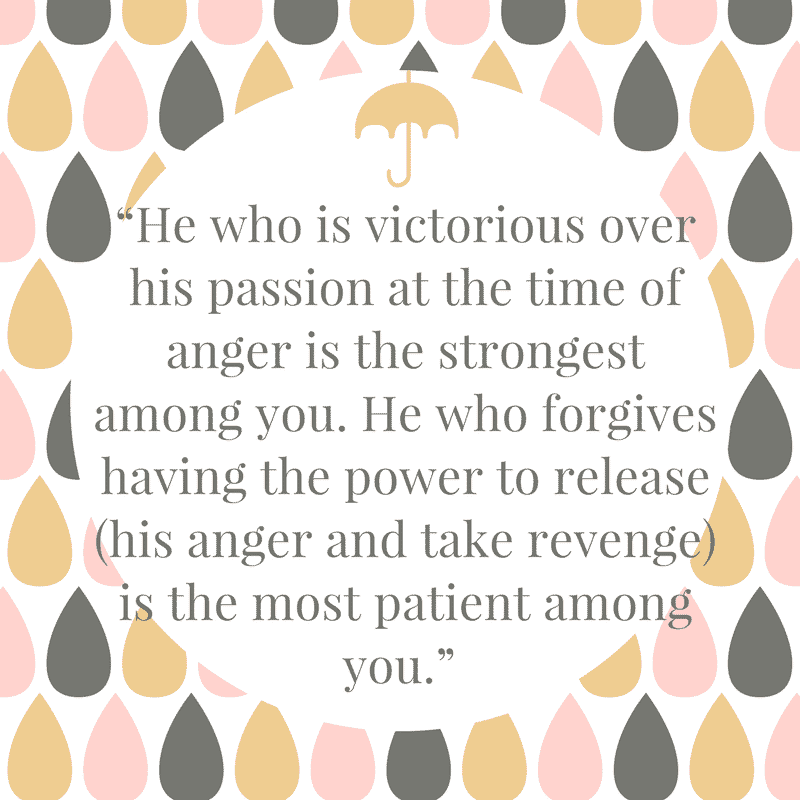 The strong person is one who has power of taming down his anger and who manages his anger well.

`Umar ibn Abdul Aziz wrote to one of his governors and forbade him not to punish at the time of anger.

↓ 14 – SILENCE IN RESPONSE TO HARSHNESS

Since anger spoils all the happy moments so it is preferable to remain silent at the time of anger and have patience. 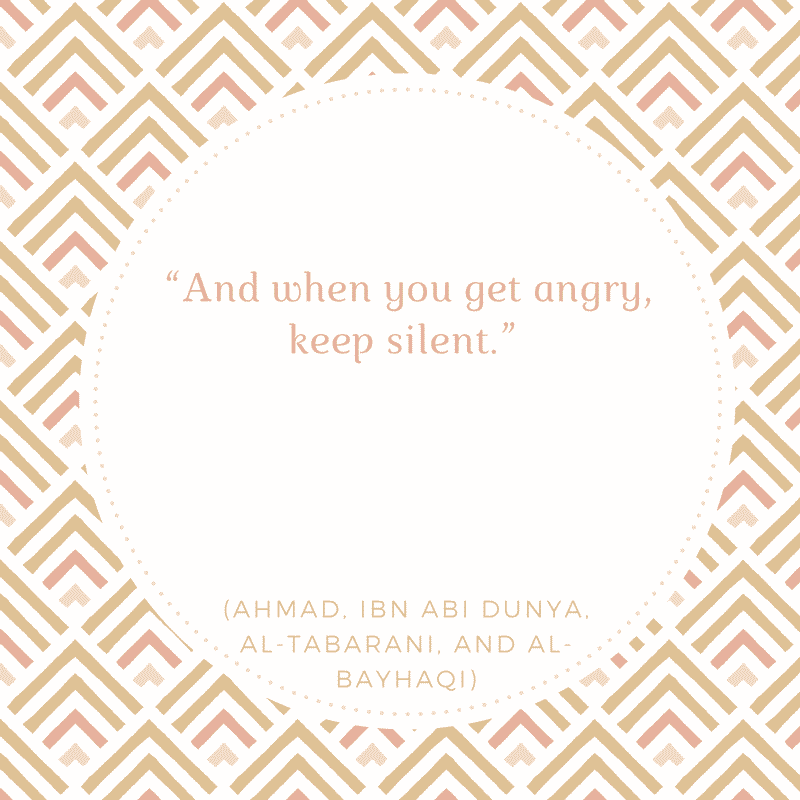 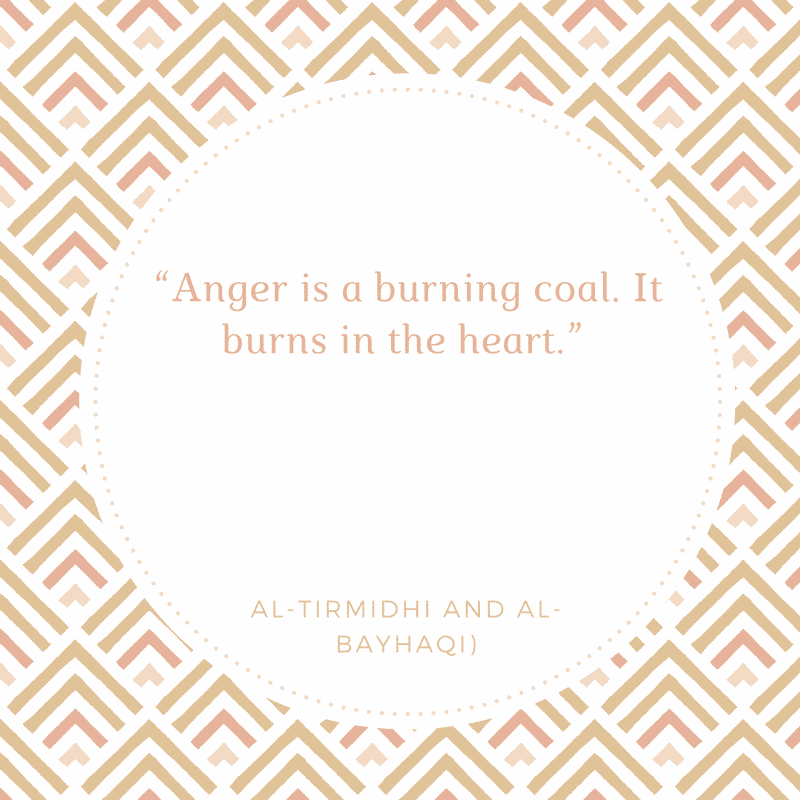 “When anyone of you gets angry, then Islamic teachings advises to let him perform ablution because anger arises from fire.

Don’t miss out these 50 Best Islamic Quotes on Life with Images. 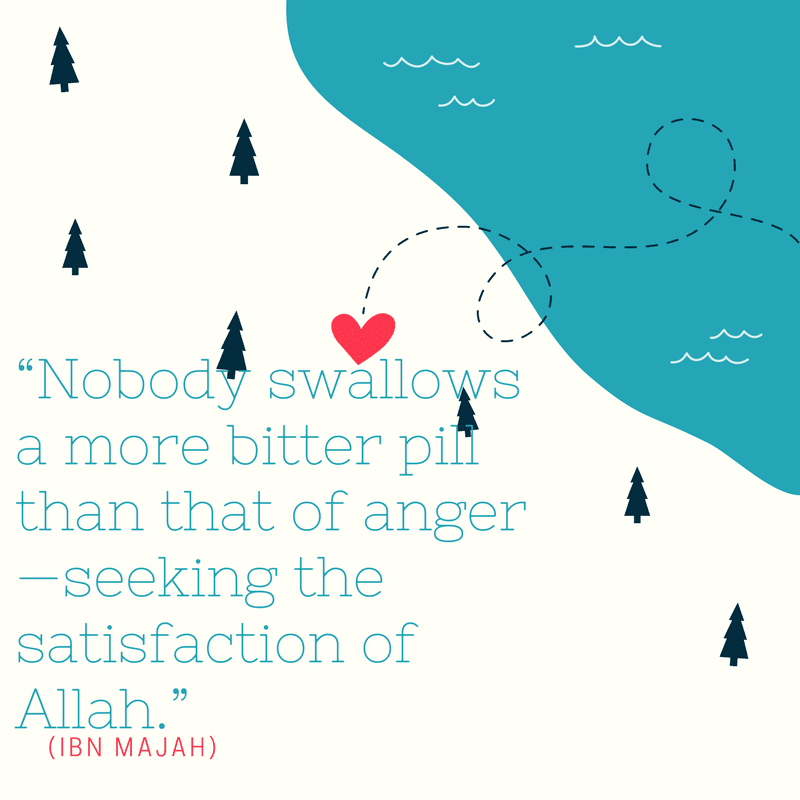 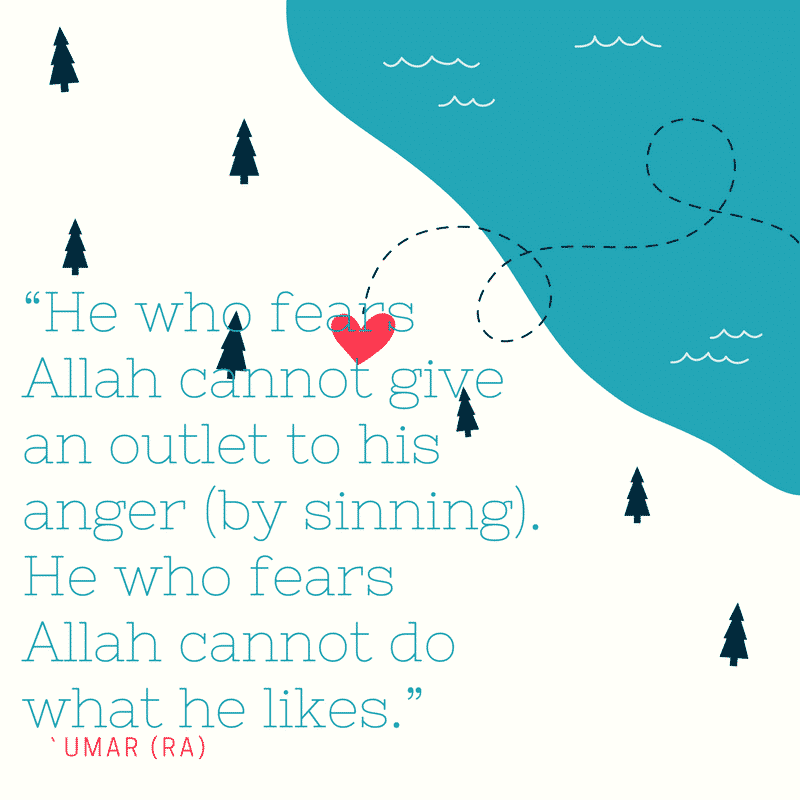 The Prophet also advised us that performing ablution was an acceptable method of anger management.  He said, “Anger comes from Satan, Satan was created from fire, and fire is extinguished only with water; so when any of you is angry, he should perform ablution”. 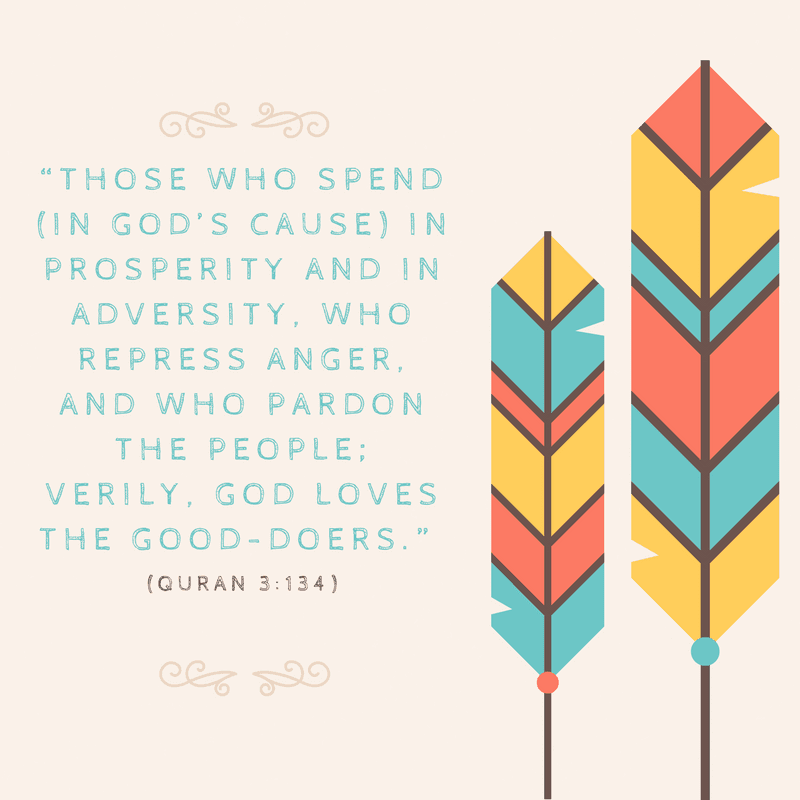 “I thought about what the Prophet (peace and blessings of Allaah be upon him) had said, and I realized that anger is the source of all evil.”(Musnad Ahmad, 5/373).

Al-‘Allaamah al-Khattaabi (may Allaah have mercy on him) said in his commentary on Abu Dawood: “The one who is standing is ready to move and destroy things. The one who is sitting is less likely to do so, and the one who is lying is not able to do anything of the sort. It seems that the Prophet(peace and blessings of Allaah be upon him) commanded the angry person to sit down or lie down in order to prevent him from doing anything that he would later regret. And Allaah knows best.” (Sunan Abi Dawood wa ma’ahu ma’aalim al-sunan, 5/141) 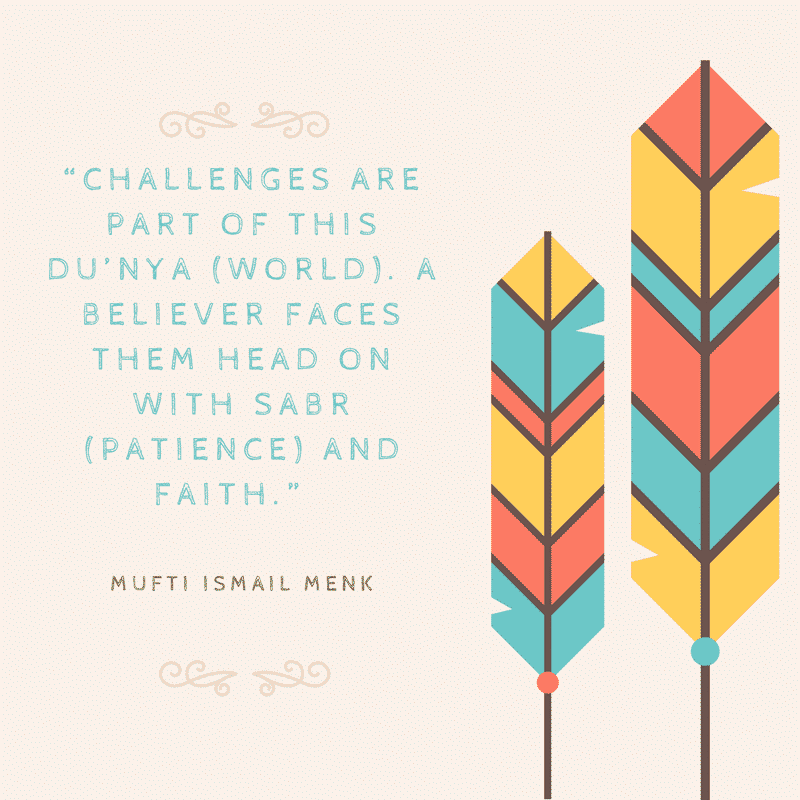 Don’t be sad. Pain in this dunya is temporary, handle it with Sabr and in-sha’-Allah a greater reward awaits you. Allah is with the patient.” – Dr. Bilal Philips

Imam Mawlûd calls it a “swelling ocean,” that is he compares it to “a swelling mass of emotion that is difficult to hold back once it is unleashed. During our most Angry moments, sometimes it becomes difficult to draw a line between being respectful and being un-respectful to others so the best solution to avoid regrets afterwards is to control Anger. 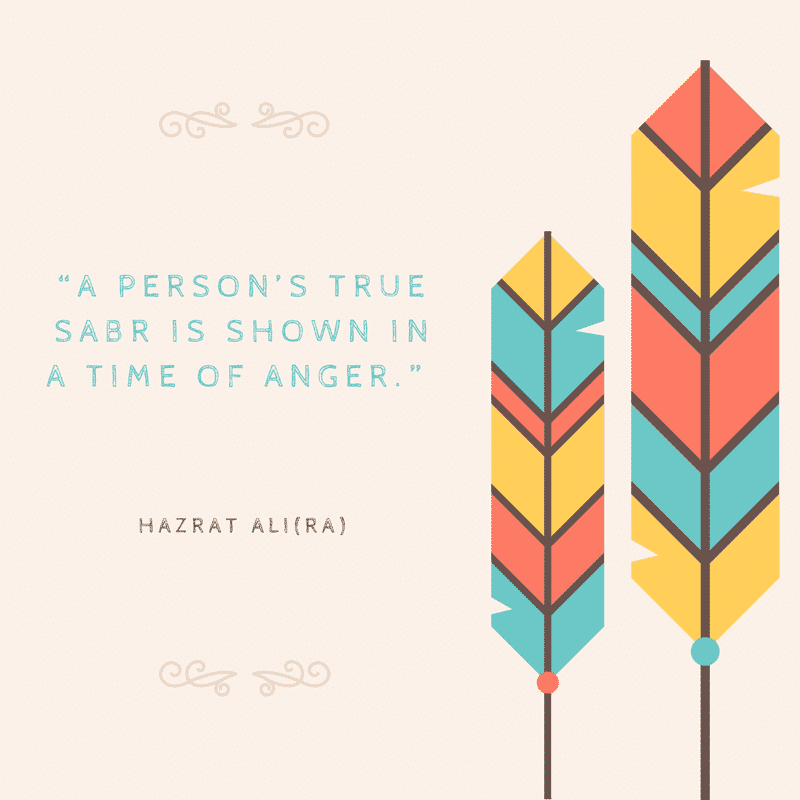 It is stated in Bukhari, ” A person should be cautious from being angry.”