Most Influential Islamic Scholars in 2019. Being an Islamic scholar requires true and in-depth knowledge of religion. Because they make faith alive in the heart of every Muslim with the understanding of their understanding of Islam, they should be an excellent example for the people to follow.

Different scholars have different specialization in the field of Islam. After listening to various podcasts, we have a list of the topmost intellectual Islamic scholars and speakers in the world.

RECOMMENDED: Status of Teachers In Islam

Top Muslim Scholars in the World

Want to know about their specialization and field, read on to find about the best speakers and preachers. 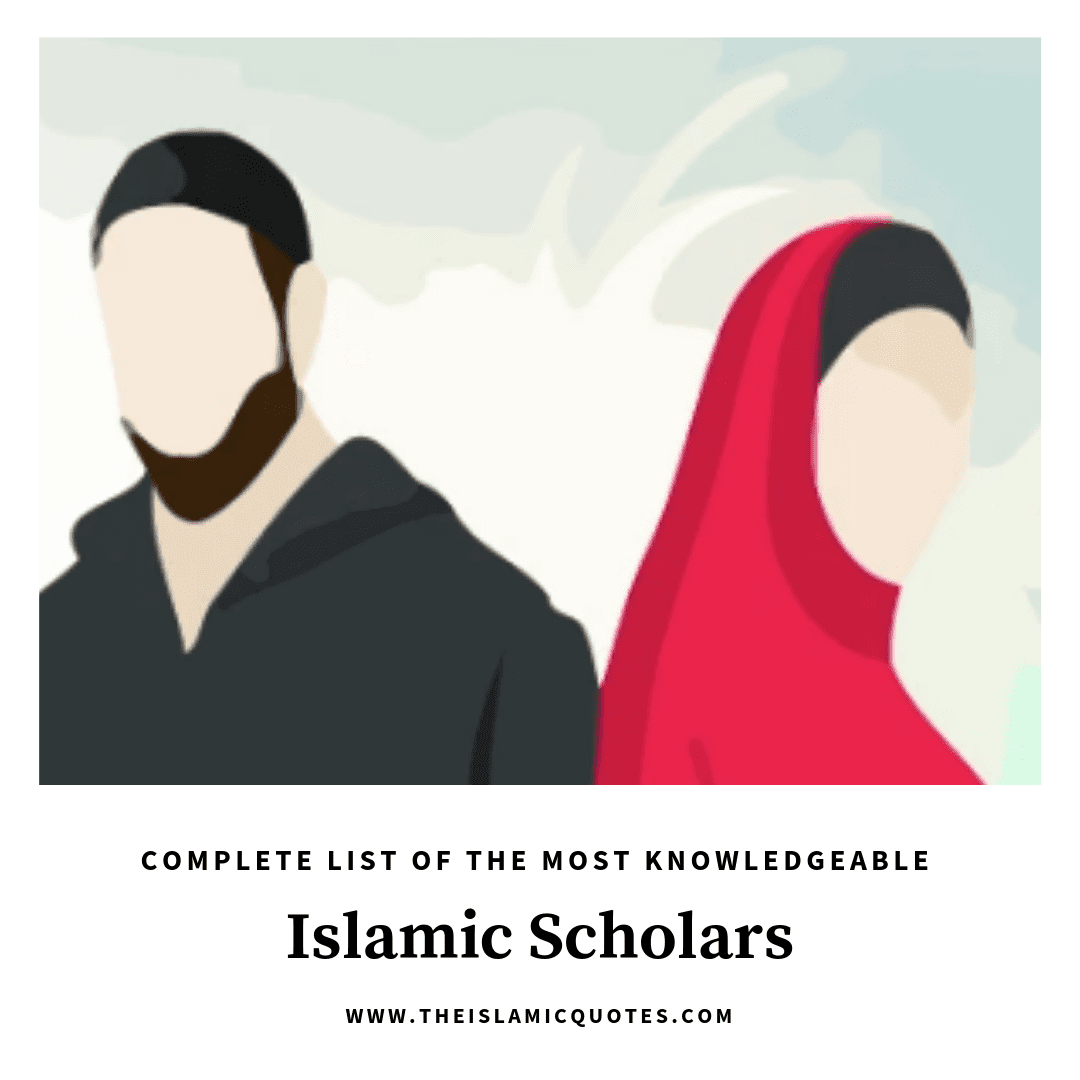 Abu Ameenah Bilal Philips, the notable founder of Islamic online University, is a Jamaican Canadian Islamic Scholar. He converted to Islam in 1972. He has translated and commented on various Islamic topics on over 50 published books. He completed his Ph.D. in Islamic Theology in 1994 from the University of Wales. Among his work is the translation of ‘The Devil’s Deception”. In his co-authored work are”Polygamy in Islam,” “Evolution of Fiqh,” “The Ansar Cult,” “The Fundamentals of Tawheed,” “Hajj and ‘ Umrah According to Qur’an and Sunnah.” 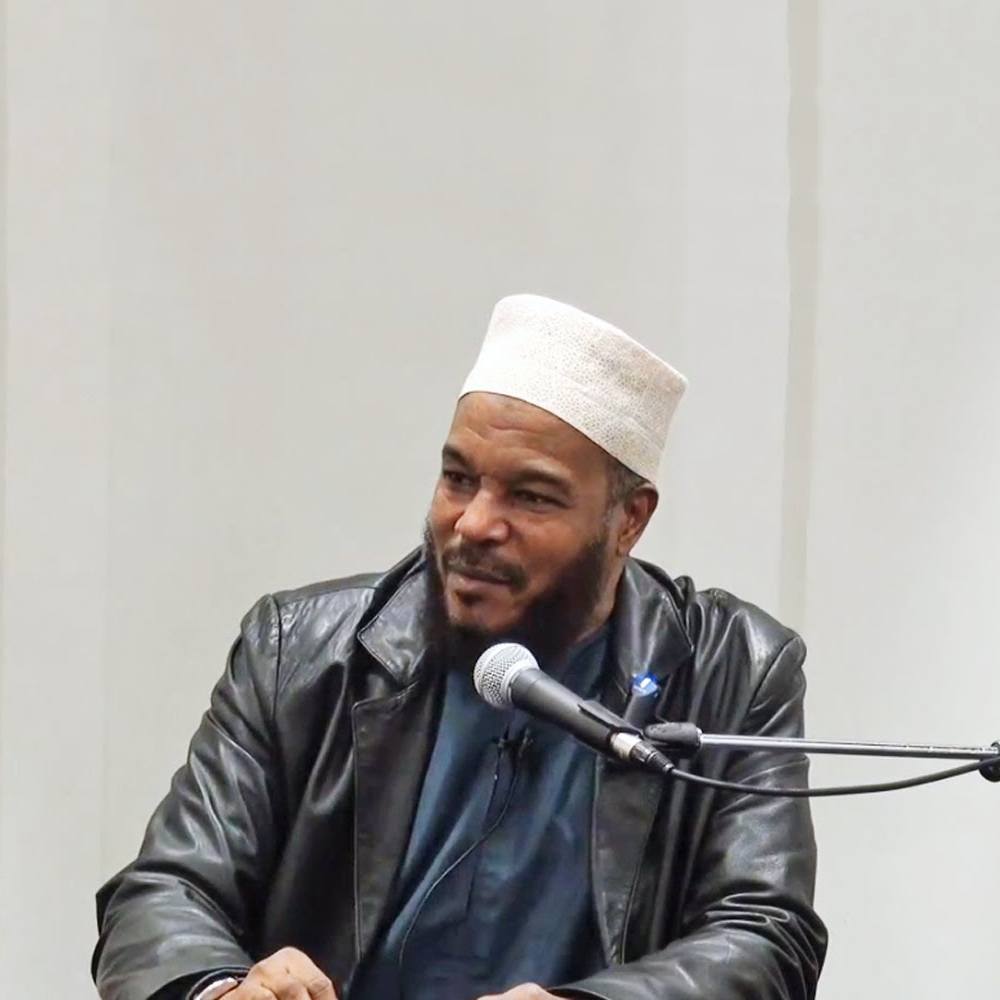 Founder of Bayyinah, Ustadh Noman Ali Khan, an American Preacher connects the Muslims to the Quran. He has taught more than 10,000 students through conducting traveling seminars. With a million followers, He is recognized as one of the young most influential western scholars. Here are some of the most Inspirational Islamic Quotes & Sayings By Nouman Ali Khan. 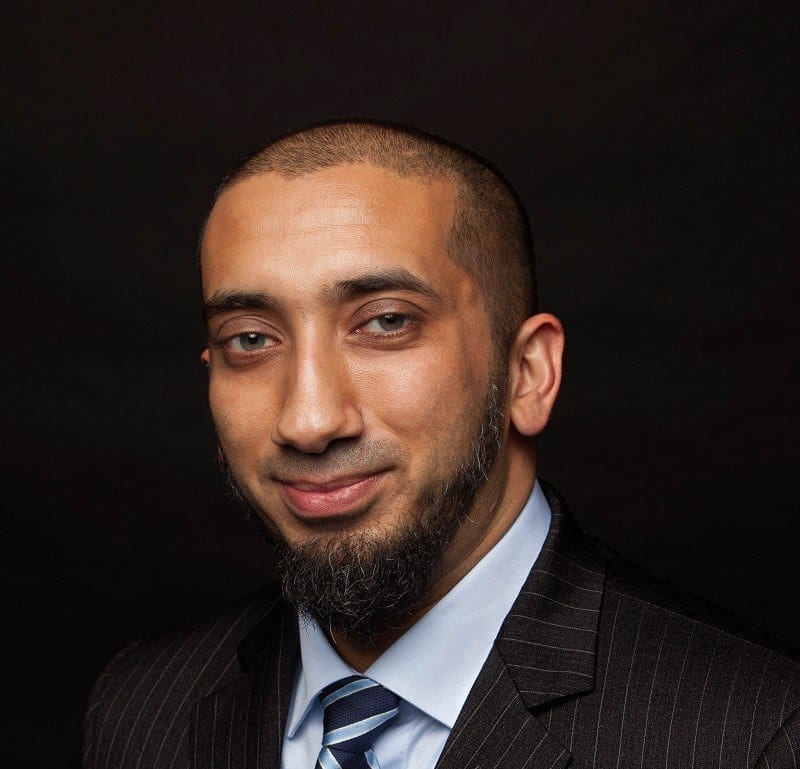 Ismail ibn Musa Menk, born in Harare, is a renowned Islamic preacher and Mufti of Zimbabwe. He is the Head of the Fatwa Department of Majlisul Ulama Zimbabwe (The Council of Islamic Scholars of Zimbabwe). He is also an Imam at Masjid Al Falaah in Harare. A great inspirational speaker and lecturer around the globe, is working solely for the Pleasure of Allah Almighty without any financial reward. We can not find or hear copyrights, charges, royalties, patents, and cost to invite him.

Must Read: 50 Inspirational Mufti Menk Quotes and Sayings with Images 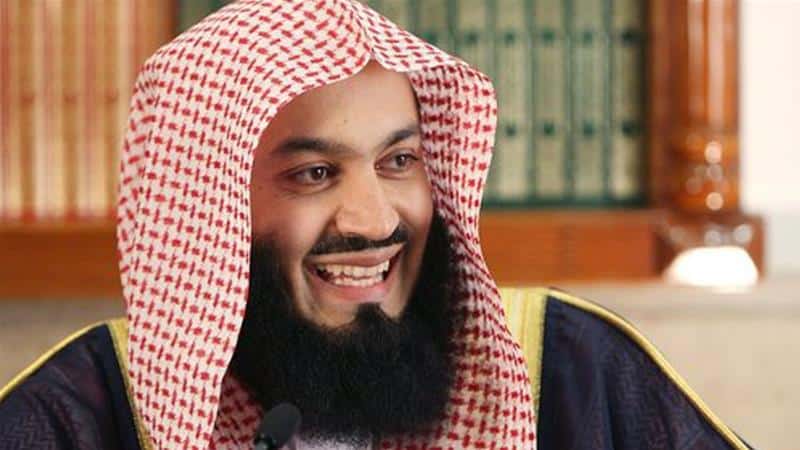 American preacher Khalid Yasin travels overseas to spread the faith and has called himself a “media-bedouin’. He is famous for his speeches on change and restoring peace. In 1994 Khalid Yasin gave a speech on “The Purpose of Life” which delivered 43 persons to Islam on that very night.

Moreover, he has delivered more than 5000 Muslims. 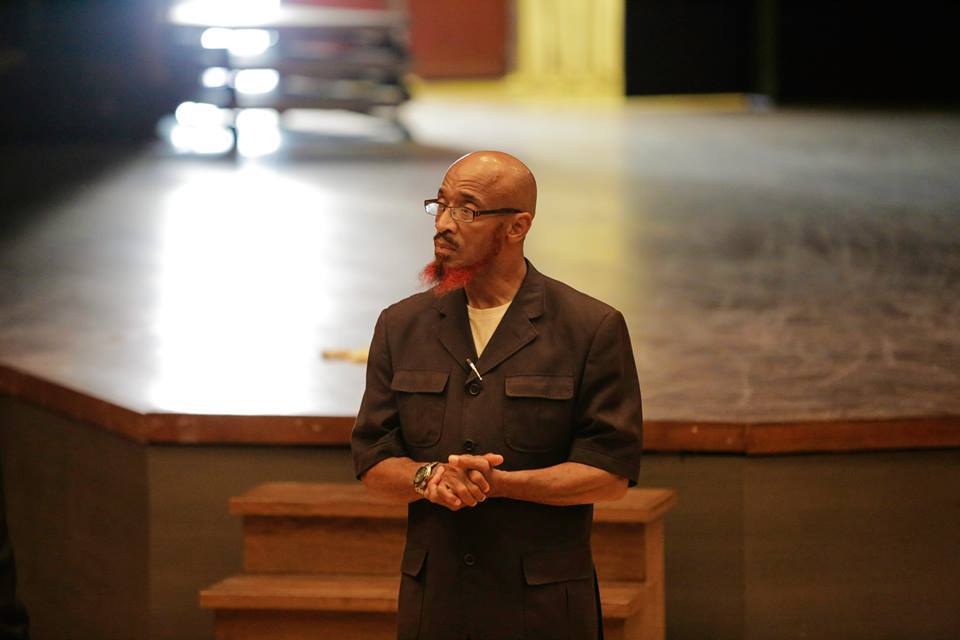 The American keynote speaker, Yusuf Estes converted to Islam in 1991 from Christianity. He is considered to be most reliable for the presentation of Islam in simple English language. He wrote, “Priests & Preachers Enter Islam” is amazing, which makes you laugh and cry at the same time.

Children and adults of all faiths love Yusuf Estes. As he delivers the pure message of Islam in simple English terms, and he makes it fun and easy to understand. His lectures are broadcasted on Guide US TV. He owned over 2,000 websites for Islam. 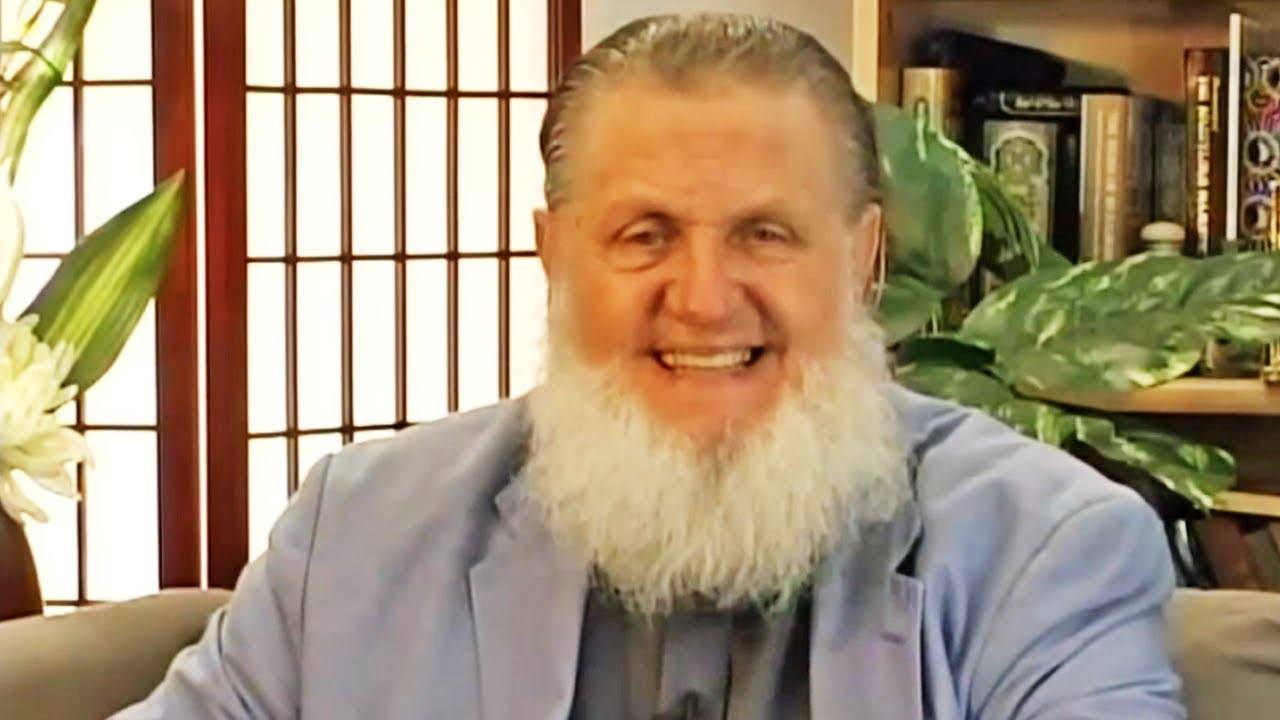 Pakistani Islamic preacher referred to as Molana Tariq Jameel has been named among The 500 Most Influential Muslims in the world. He has delivered thousands of lectures. He has preached Islamic speeches on peace, harmony, tolerance, and respect at rallies. You can listen to his audio lectures circulated on the Internet. Tariq Jameel is famous for changing the lives of many celebrities by guiding them towards Islam. 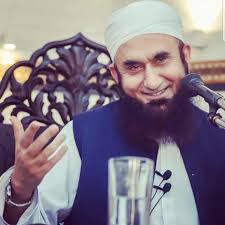 Yasmin Mogahed is a psychologist and an international speaker.  She is very skilled in creative writing. Presently she is a writer for the Huffington Post. Her work is mostly focused on spiritual and personal development. Yasmin’s popular books are ‘Reclaim Your Heart: Personal Insights on Breaking Free From Life’s Shackles.’ She is honored as the first female instructor of the AlMaghrib Institute. 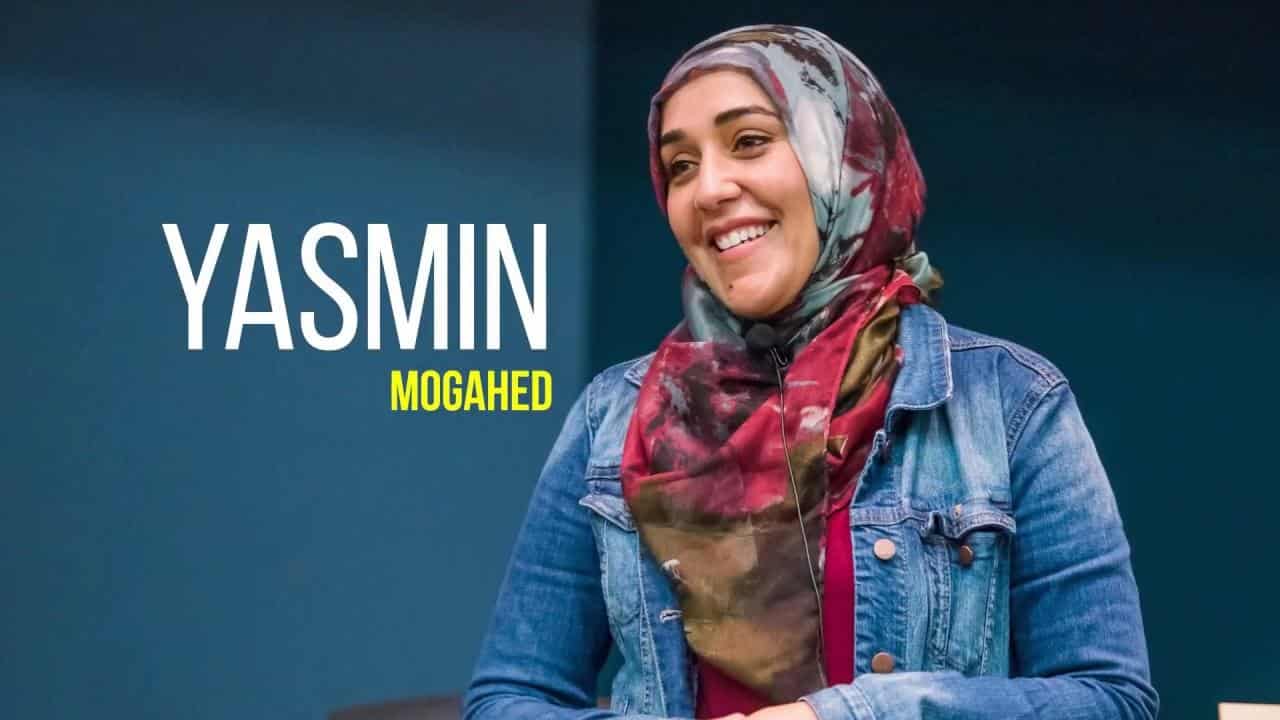 He is the President of Islamic Research Foundation, founder of Peace TV  and a very renowned Indian public orator. He has delivered around 4000 lectures around the world. His popular topics of speech are “Islam and Modern Science,” “Islam and Christianity,” and “Islam and secularism.” He has also been awarded the King Faisal International Prize in recognition of his outstanding achievements.

Must Read: 15 Inspirational Zakir Naik Quotes And Sayings With Images 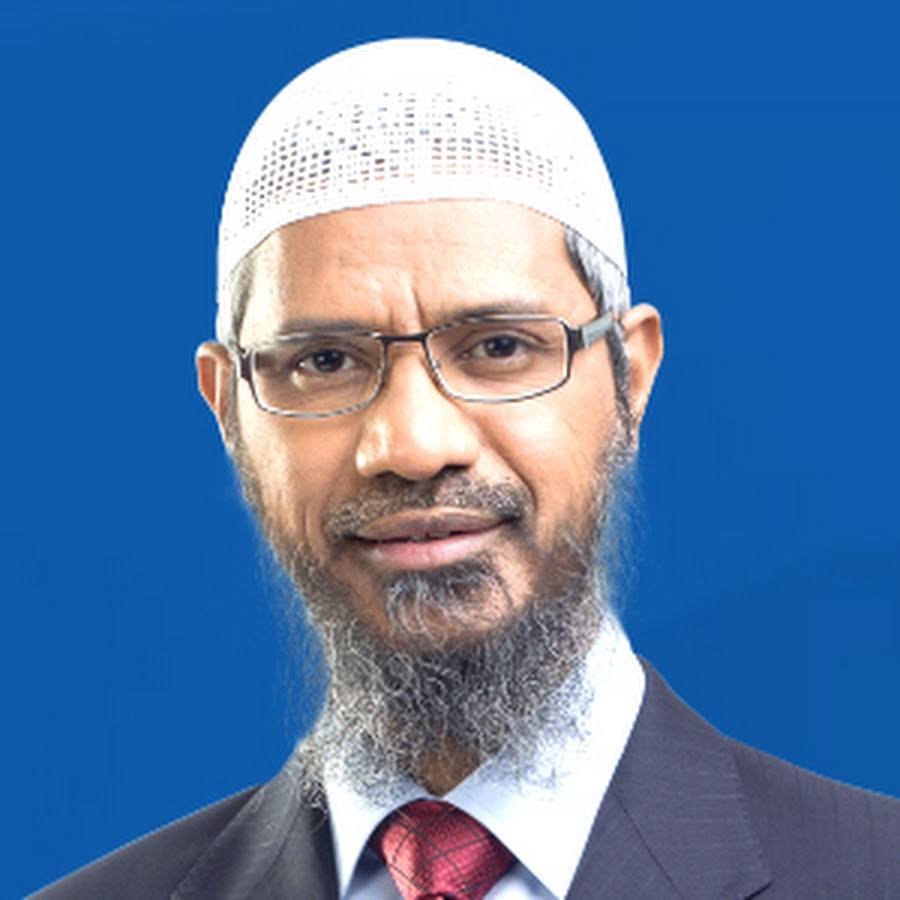 Expert in Islamic Jurisprudence (fiqh) and economics, He served as a judge of the Federal Shariat Court of Pakistan. He wrote Hudood Ordinances under General Zia ul-Haq reign. Muhammad Taqi Usmani was given the title of Shaykh al-Islam. 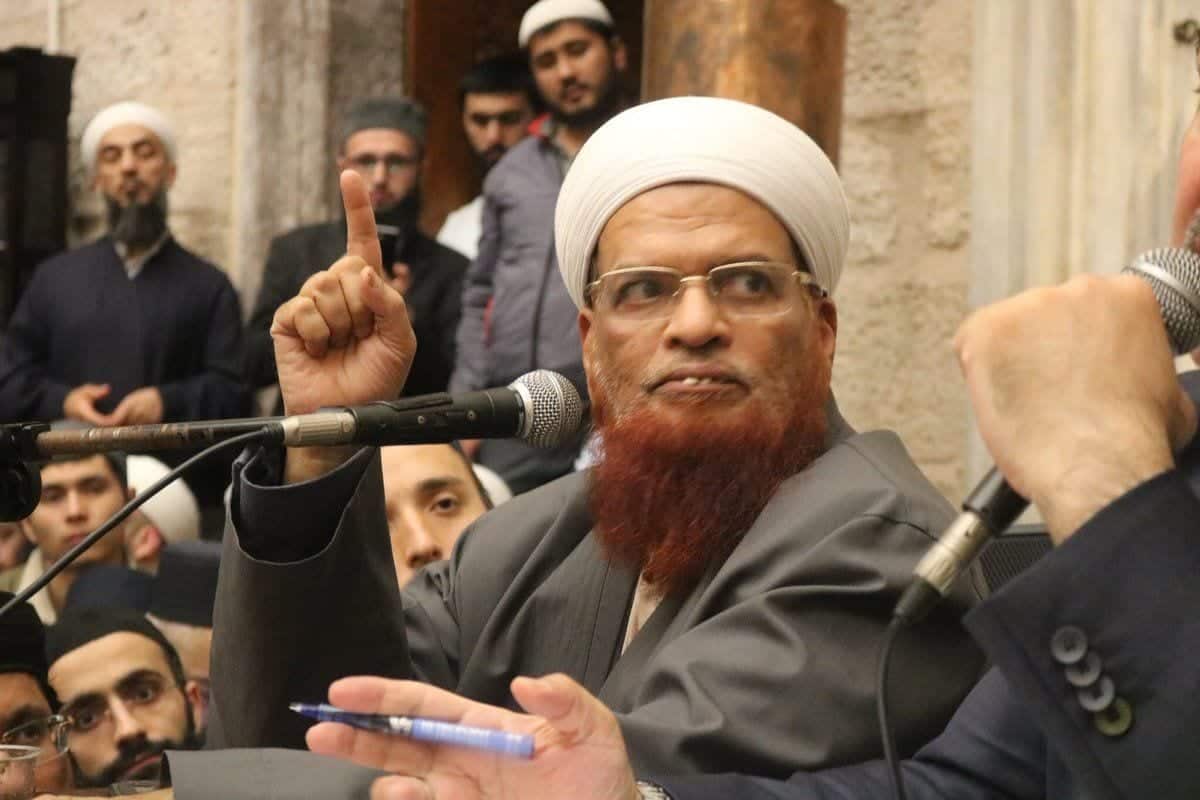 Founder and President of the Yaqeen Institute of Islamic Research, Omer is an American Muslim scholar, civil rights activist and famous speaker. He is a Resident Scholar at Valley Ranch Islamic Center and Co-Chair of Faith Forward Dallas at Thanks-Giving Square. Omer Sulaiman also founded M.U.H.S.E.N (Muslims Understanding and Helping Special Education Needs) which is a nonprofit umbrella organization.  His series on Quran weekly is published as well as he has contributions to Hadith of the Day. 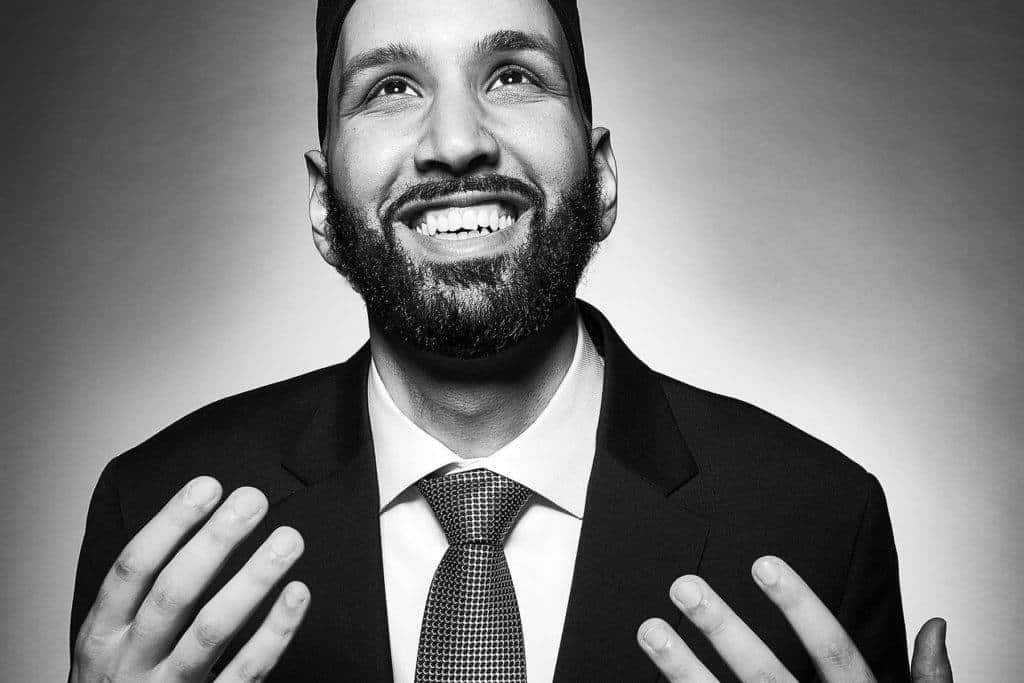 Abu Ammaar Yasir Qadhi is a Pakistani-American Muslim scholar. He has presented many papers on the Jihad movement. He is a critic of extremist violence.

He is an American Muslim imam who embraced Islam in 1992. He lectures in the United States and Malaysia and records public speeches series on Islam and contemporary Muslim matters. 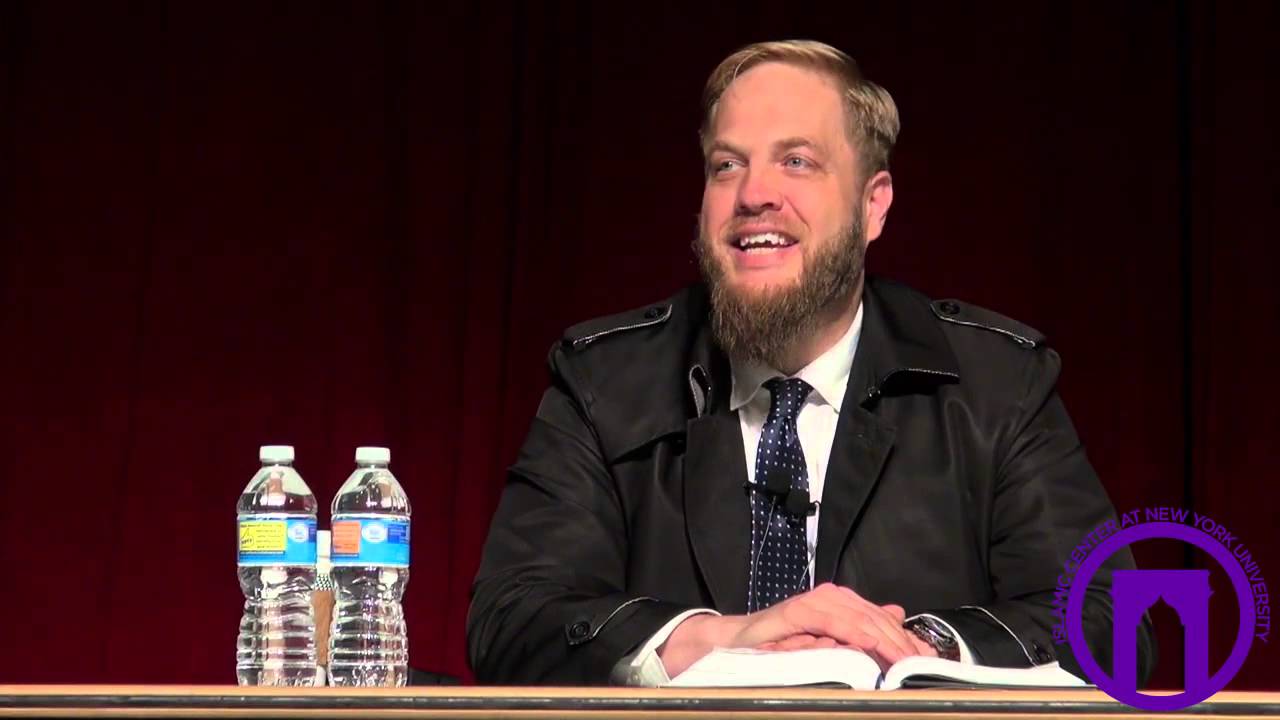 Tariq Ramadan is a Swiss Muslim philosopher, and writer. He was nominated by Time magazine as one of the seven religious innovators and among one of the 100 most influential people in the world and by Foreign Policy. 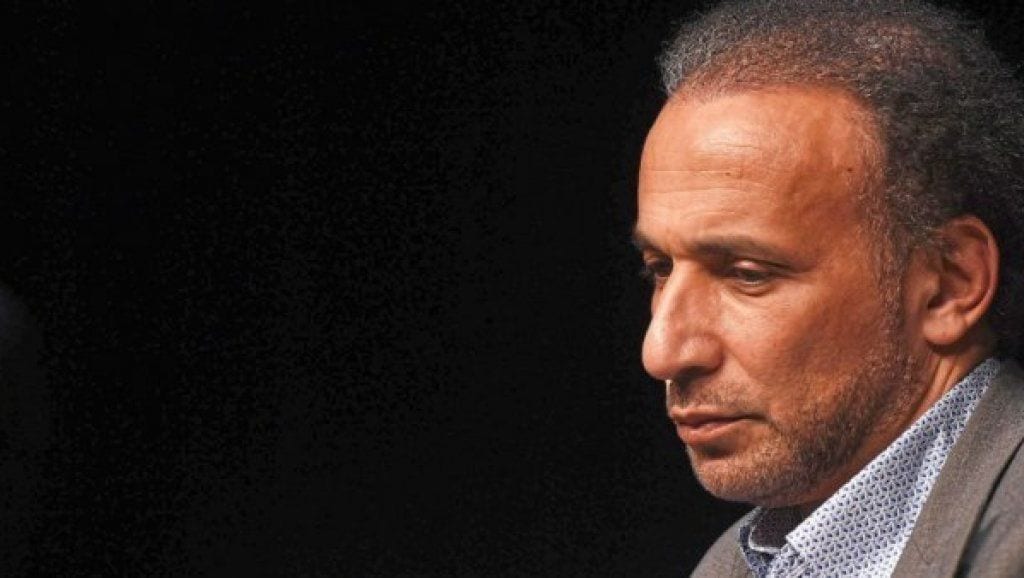 Dr. Abdullah is an assistant professor of Islamic law in California. Sheikh Abdullah holds a Ph.D. in Cultural and Historical Studies in Religion. His research interests include comparative Islamic law and Islam’s role in the modern world. 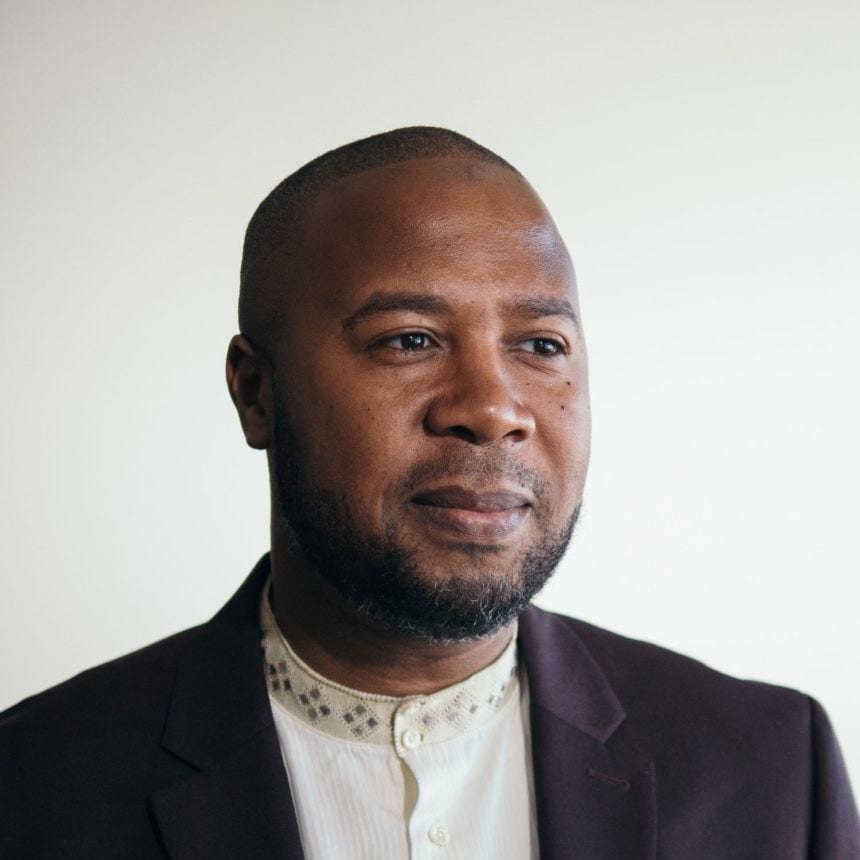 The Canadian Muslim scholar and president of the Islamic Information & Dawah Centre International in Toronto where he serves as Imam. Shabir Ally is the founder of an online show Let the Quran Speak. His PHD thesis is on the exegesis of the Qur’an 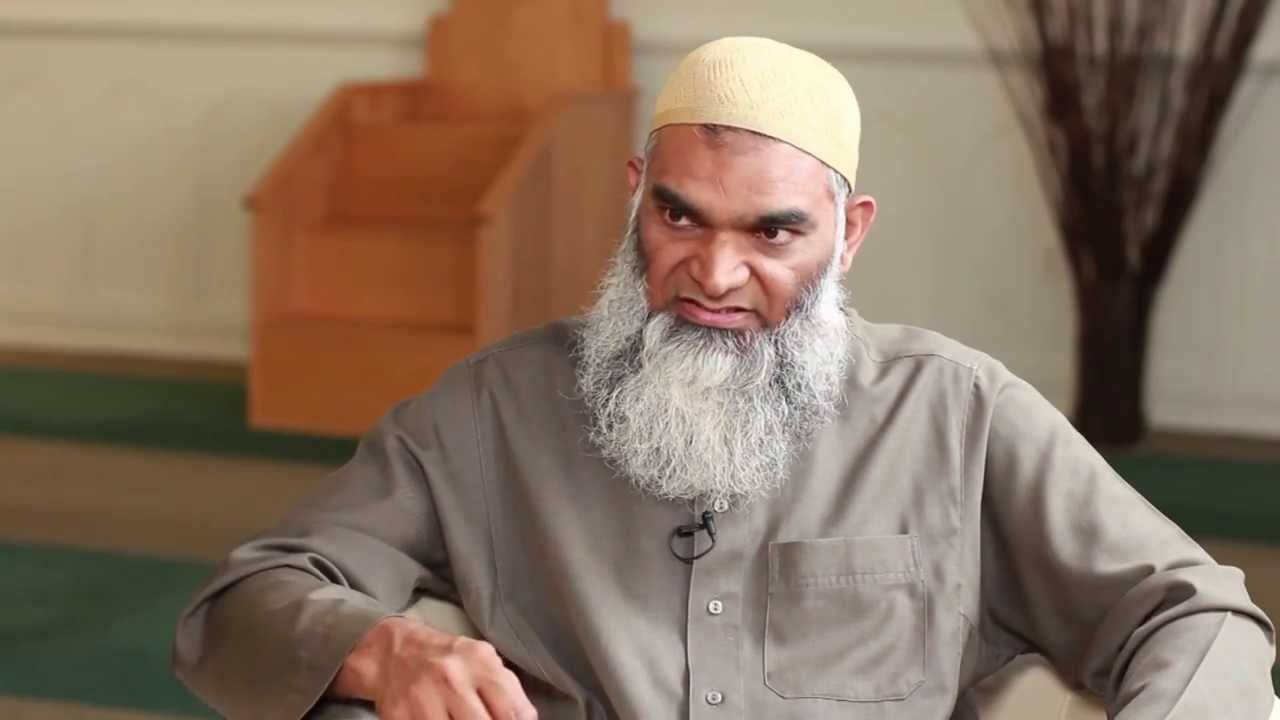