Things that can and cannot break your fast. According to a Sunnah, “Every deed of the Son of Adam is for himself, except fasting – it is for Me, and I shall reward it.” [Muslim, Abu Dawud, Nasa’i, Tirmidhi, Ibn Majah]

Ramadan is the most auspicious month for Muslims. It gives one a chance to rejuvenate the faith and strengthen and intensify spirituality for a better life. This is the month that teaches us to be patient, kind, and grateful by giving (sadaqah and zakat) and fasting. However, a few things have been confusing for most people for a long time; things that can and can not break your fast. If you are wondering about the same issue as well, then read on. We have compiled a list of things that may and may not break your fast. Make sure you go through the list.

What Can Invalidate Your Fast In Ramadan?

Here are a few reasons why you need to know about the things which can and can not break your fast.

↓ 26 – The most Sinful Act which Invalidates the Fast:

One of the most sinful things which lead to the invalidation of the fast is sexual intercourse. It not only breaks one’s fast but is unrighteous and immoral, if conducted deliberately during the day time in Ramadan.

This hadith indicates that there is no turning back once a Muslim conducts this sin; however, an individual can repent and ask for forgiveness. Indeed Allah is the most gracious and merciful.

↓ 25 – Can I talk to my Boyfriend/Girlfriend when Fasting?

Such haram relationships are not permissible in Islam hence they should neither be practised in Ramadan nor in any other time of the year. Learn more on this from our previous post on Proven Ways To Quit Haram Relationships As Per Islam.

Eating any part of the body, including the nails or the hangnail is haram and swallowing anything, including these body parts, invalidates the fast. However if you swallowed it unintentionally, it does not break the fast.

↓ 23 – Does Swallowing Saliva or Mucus invalidate the fast?

No, both these actions do not break the fast. However, swallowing mucus is an act that is prohibited to swallow mucus – whether fasting or not. Accumulation of saliva in the mouth, on the other hand, is a natural phenomenon and it does not affect the fast.

Pregnant and breastfeeding mothers can be excused for fasting if they or their doctors feel that fasting could harm their or their child’s health.

According to most scholars, it is permissible for the person making iftar or dinner when fasting to taste food as long as they only taste it and do not swallow. For example, when making food it is often required to taste the salt and one can try a small bite and then rinse the mouth without swalling. However, this should only be done if essential.

Menstruating women can not fast. If your periods start while you were fasting, your fast is now invalidated and it is permissible for you to eat or drink. The same rule applies to women who are bleeding after child birth or miscarriage, they’re not supposed to fast. But they must all compensate for these fasts of Ramadan at a later time, before the start of the next Ramadan.

No it does not.

“Whoever has a wet dream whilst he is fasting or is in a state of ihraam for Hajj or ‘Umrah, there is no sin on him and he does not have to offer expiation (kafaarah). It does not affect his fast, but he does have to do ghusl to cleanse himself from janaabah (impurity) if maniy (semen) was emitted.”

All these acts will not invalidate the fast as they have nothing to do with fasting.

Fataawa al-Lajnah al-Daa’imah (Fatwas of the Standing Committee) it says: “All smells and fragrances in general, whether perfumes or otherwise, do not invalidate the fast in Ramadan or at other times, whether the fast is obligatory or nafl. “

Thus it can be concluded that wearing perfume is permissible and doesn’t invalidate your fast as long as it is not inhaled or ingested.

“With regard to perfume, it is permissible for the fasting person to put it on at the beginning of the day and the end, whether the perfume is in the form of incense, oil or whatever, but it is not permissible to inhale incense because incense contains particles which, if inhaled, may reach the stomach through the nose.”

Hence the Prophet (peace and blessings of Allah be upon him) said to Laqeet ibn Sabrah: “Rinse your nose thoroughly unless you are fasting.”

From the Ayah above, it can be interpreted that Allah doesn’t burden a Muslim beyond his tolerance and limits.

But if it is possible to prevent it, or to spit it out, and you do not do so, and you swallow it deliberately, then this breaks the fast. The evidence for that is the words of the Prophet (peace and blessings of Allah be upon him) to Laqeet ibn Sabrah: “Go to extremes when rinsing your nose unless you are fasting.”

Even though brushing your teeth do not break your fast, however using strong mouthwashes and toothpaste are prohibited since there are chances of being ingested.

According to an authentic source:

Shaykh Ibn Baaz (may Allah have mercy on him) was asked about using toothpaste while fasting. He said: there is nothing wrong with that so long as one is careful to avoid swallowing any of it, just as it is prescribed in Islam for the fasting person to use the Miswaak (tooth-stick).

Slandering, backbiting, cursing, lying and swearing, are not only considered immoral and sinful but are haraam as well; however it doesn’t break your fast.

The Prophet (peace and blessings of Allaah be upon him) said: “Whoever does not give up false speech and acting upon it, Allah has no need of his giving up his food and drink.”

And the Prophet (peace and blessings of Allaah be upon him) said: “If anyone of you is fasting, let him not utter obscenities or act in an ignorant manner, and if anyone insults him or wants to fight him, let him say, I am fasting.”

↓ 12 – Intentionally Eating and Drinking while Fasting:

There are typically two cases; a person who eats intentionally while fasting and the one who forgets and eats or drinks. There are hadiths for both the cases;

For eating unintentionally, our Prophet (SAW) said; “Whoever forgets he is fasting and eats or drinks, let him complete his fast for it is Allaah Who has fed him and given him to drink.” (Al-Bukhari (6669) and Muslim (1155) narrated that Abu Hurayrah).

For the person who breaks his fast intentionally, there is undoubtedly a  kaffarah which means compensation on deliberately missing the fast.

This means if a person breaks his fast intentionally, he/she must fast for 60 consecutive days and if not possible (due to health conditions) then he/she should feed 60 poor people (Radd-ul-Mukhtar).

Intentionally sticking the finger down the throat and vomiting breaks one’s fast. However, in case of any illness or sickness vomiting while fasting is permissible.

Many scholars consider smoking as haraam, which is one of the reasons why it is forbidden while fasting. However, there is another reason why it impermissible during fasting. While you smoke you tend to ingest the small particles which directly enter your stomach, therefore smoking during Ramadan is proscribed and debarred.

“It is permissible to use it during the day in Ramadaan and to smell it, except for bukhoor (incense), because incense contains particles that can reach the stomach, and that is smoke.”

↓ 9 – Kissing and Hugging while Fasting:

There are numerous sunnahs and references regarding this issue.

It is stated in al-Fatawa al-Hindiyya:

“If one swallows the saliva of another, one’s fast will be invalidated without expiation (kaffara) being necessary, unless the saliva is of one’s friend (or spouse), for that will also necessitate expiation.” (1/203)

Moreover, it is also reported from the Messenger of Allah (Allah bless him & give him peace) that he would kiss his wife and our mother Sayyida A’isha (Allah be pleased with her) passionately (by sucking on her tongue) while in the state of fasting. (Sunan Abu Dawud, no: 2378).

However, according to many Fuqahah, exchange of saliva while kissing can invalidate one’s fast. However, one can hug and kiss their spouse as long as they do not cross the limits defined by Allah.

Waking up in a state of Jannabah (post-sexual intercourse impurity) does not break your fast considering that you take a shower after sahoor.

it is narrated that, “The Messenger of Allah

sometimes used to be in a state of Janaabah at the time of Fajr (dawn), so, he used to perform Ghusl and fast.” (Al-Bukhari & Muslim).

In another Hadeeth, the Prophet (SAW) replied to a man who asked him about this case saying: “Me too. The prayer (Fajr) is called while I am in a state of Jannabah, so I fast”.

↓ 7. Will taking a bath invalidate my fast?

No. But make sure you don’t drink/inhale any water when taking a bath.

↓ 6. Will my fast be invalidated if I don’t wear hijab?

It will not break your fast but a woman who is not wearing the hijab in presence of non-mehrams is disobeying Allah and hence sinning.

↓ 5. Does shaving the beard invalidate the fast?

No it will not invalidate your fast but it is forbidden for men to shave their beards at all times while some scholars believe that it is only a sunnah to keep the beard.

Yes, it is permissible to get maried in Ramadan as long as you respect it – don’t engage in eating or drinking before iftar and don’t consummate the marriage when fasting.

Taking insulin when fasting is acceptable for diabetes patients. Most other forms of medical treatment such as using eye drops, ear drops, nose drops etc don’t break the fast as long as they don’t reach the throat. Medicinal injections will also not break the fast except for the ones that are for the purpose of nutrition.

Nailpolish does not break your fast but you need to take it off to perform wuzzu. In the case of lipstick, it is better to avoid as it can come in touch with the tongue. Applying perfumes too does not break the fast, but it is discouraged as you might accidentally inhale while spraying and break your fast. It’s better to use alcohol-free perfumes and halal makeup if you must use it.

All these will not break the fast, but they are all highly discouraged as they go against the spirit of Islam and Ramadan. 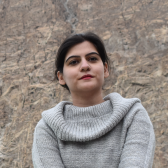