Beard Islamic Quotes and Sayings. Islam, a religion of peace and cultural diversity where people belonging to different caste, race, country become not only the part of Islamic circle.What does Islam says about beard ? what are hadith on beard ? let read about them.

But an integral part and parcel of universal brotherhood where superiority is based on piousness and good deeds only and not based upon any language, culture or color. The Muslim family is knitted together with affection and compassion. Being die-hard followers of Prophet Muhammad (S.A.W) every Muslim would love to adopt some of his lifestyle’s part and so having a beard was one of the personal styles of Holy Prophet (P.B.U.H).

What Islam Says About Beards?

Growing beard is one of the most natural phenomena for males but what if the natural phenomena is said to be rewarded in Islam. Yes, having and growing beard is one of the good deeds that is liked and preferred in Islam and it will be rewarded on the Day of Judgement as well. Our love for having a beard in the Islamic way made us bring an awesome collection of interesting Beard quotes just for you that will motivate you to start growing your beard right now. Here are 30+ Imam Ghazali’s Quotes That Every Muslim Should Know.

If someone is a crazy fan of some Hollywood actor then he or she would love to copy his style of clothing or the way the celebrity walks or talks with others so why not we Muslims who are die-hard followers of Holy Prophet Muhammad (S.A.W) give a try to copy some part of his lifestyle.

Love your Beard and Beard will love you back. Yes, you heard it right! Beard has multiple medical benefits which will give advantages to you in longer terms. Having beard grown on your face would help to fight wrinkles and will be a natural blocker of sunlight harmful UV rays.

↓ 4- The Only Sunnah You Can Take With You In Grave

Having Beard on your face not only makes you look cool but will on real grounds protect your face from the hotness of sunshine that can darken your skin tone and put freckles or wrinkles on your face. Here are the best Islamic Prayer Quotes | 40 Beautiful Duas for Recitation.

Having Beard is a sign of masculinity and manhood. Getting your face shaved will give you not only with acne but with acne marks also. On the other hand, growing beard will enhance your facial features, keeps you away from early aging and will serve as a natural filter for your face. If you still need reasons to grow a beard, here are the best ones:

Nothing is perfect in this world. The characteristic of Perfection only belongs to Almighty Allah. Don’t put too much effort for this temporary world of fantasies and full of fake people. Make paradise your ultimate target and put your potentials on the direction to achieve the goal to make Allah happy. Your aim should be to make only Allah happy because He is the only one who can reward your kind deeds as he knows what is in your heart and mind, unlike other people who will judge you only by your physical appearances, your bank status or the size of your pocket. Almighty Allah is the only one who would not judge you by your color, caste or from where you belong.

↓ 9 – Growing Beard, The Most Manly Habit

Be the leader of the pack unlike other boys. Have some dignity in your personality and help others to get empowered. Growing beard is like embracing your masculinity and manhood. Beard can gift you with many medical advantages also like it can even help you to minimize the life-threatening disease of asthma by keeping away dirt from entering in your lungs through the nose.

Be awesome and have beard. Growing beard will help you to ease your difficulties and hardships by bringing you closer to Almighty Allah, Holy Prophet Muhammad (P.B.U.H) and with the teachings of Holy book of Quran. Be awesome and be beardsome! Islam is a complete way of life and defines the way of living together with each other. Do have a look at these 30 Inspiring Islamic Quotes on Education / Knowledge /Study.

Feeling bad for those men who shave off their beards? We too. Why not politely convincing them to have a beard for themselves and celebrate their masculinity.

Having beard for yourself will make you happy and more grateful to Almighty Allah as beard carries a lot of health benefits for you. Even recent scientific studies have declared the same and West is also going towards beard culture also but with very gradual speed.

↓ 13 – Beard Can Make You More Handsome and Healthy

You will feel yourself a touch of maturity in yourself once you start growing beard on your face. If you want to get rid of boyish looks then we recommend you to try having a beard which will for sure develop your facial features to the extent that you will start feeling good about yourself and your looks so why not recommend the same to your friends and other male members of the community.

Having beard is not where the story ends. You need to maintain your beard also. It is advisable to trim (not cut) your beard depending on the growth rate of facial hair. Do have a look at these 30 Inspiring Islamic Quotes on Education / Knowledge /Study.

Other religions like Christianity also emphasizes for growing and keeping a beard. If you are a Muslim or Christian brother, it is preferable for you to have a beard and celebrate your manhood.

Islamic quotes on beards: Keeping a beard in Islam has the utmost importance and respect. It is because it’s the sunnah of our beloved prophet (p.b.u.h).Beard has its own decency. Just as women protect themselves with a hijab, the beard is a hijab for men. It protects them in the world and in the Akhirah. Keeping the beard is amongst the sunnah, the reward of which men can take with them in their graves.

Keeping a beard has some of the phenomenal benefits in Islam as well as according to science too. All the divine guidelines set by Allah and further practiced by Prophet Muhammad (PBUH) have wisdom. Let’s gather some importance and benefits of a beard from a scientific point of view and get to know how a beard can be helpful to us in many ways before moving on to the significance of beard in Islam.

SIGNIFICANCE OF BEARDS IN ACCORDANCE TO WORLDLY MATTERS

Though the Divine guideline is the final message for us and we should have firm belief that it has numerous benefits for us in both the worlds, but it has various scientific benefits too. Let’s briefly have a look at them.

Man A man who keeps a beard can protect his face from various objectives like air pollution. He can also protect his skin from germs and various substances that can lead to skin disorders.

It helps a man protect his skin from aging, wrinkles and damaged skin. It also helps protect the skin from stubborn acne or pimples since it covers a great part of the cheek.

Beard helps protect the skin from harmful UV rays. It’s a natural blocker of such rays, which can later cause cancer or other skin disorders.

It protects the chin from all types of incidents. For example, you may fall and hurt your chin, but with a beard, you are all safe.

While you shave your beard, it might consume a lot of time. You may save this time from your busy schedule by keeping a beard.

SIGNIFICANCE OF BEARD IN ACCORDANCE TO ISLAMIC VIEWPOINT

Let’s get to know why keeping a beard has the utmost importance and significance in Islam.

Keeping a beard in Islam is one of the sunnah of our beloved Prophet(P.B.U.H). He himself kept it. However, in one of the Ahadith, its says to keep the beard as it is while the mustache can be cut or shortened.

Whatever you have in this world here will remain here, and you will be left alone with your deeds in the grave. You alone in your grave will have only one thing to accompany you, and that will be your deeds. However, a beard is the only sunnah you would take with you in the grave.

Beard not only brings grace but gives prominence to masculinity and manliness on a man’s face. It’s one of the sunnah of the Prophet(S.A.W), and being his die-hard fan, one should always follow his teachings and sayings. However, keeping a beard is mandatory for a Muslim and is a sunnah of the beloved Prophet (S.A.W) as well.

While you keep a beard, this act can bring you closer to Allah. While it is said to be mandatory in Islam and is considered as an important pillar of Islam, endorsing it will please your Lord, and you may find ways to stay close to him even more.

However, doing the opposite, which means cutting it, can lead to disobeying Allah’s messenger. This may lead to punishment and disobedience.

By the will of Allah, even if you have started keeping a beard, it is not recommended to you to belittle the Muslims who haven’t yet. You can convince them with love and guide them to be on the path which the Prophet(P.B.U.H) has chosen for us.

If you are not sure of how you would look keeping a beard, never doubt it. It’s the sunnah of our prophet (P.B.U.H), and he is one of the most beautiful men to have lived. You can never go wrong choosing the path that he has set for us.

Once you have decided to keep a beard, you need to take proper care of it. Maintain it and comb it often. Take special care of your beard just as you take care of other parts of the body. Love your beard as it becomes a significant part of your body. Oiling a beard can make it healthy and shiny as well.

It is one of the sins and disliked act to shave a beard. Neither the Prophet (P.B.U.H) nor any Sahaba shaved the beard or cut it. One who shaves the beard has done worse than the one who has trimmed his beard. Growing a beard is a command directly said by the Prophet (P.B.U.H). Disobeying his command can lead to Allah’s severe punishment.

Beard is undoubtedly an integral part of a man’s face. It brings him grace, and above all, it’s the command from Allah’s Apostle (P.B.U.H). Beard has not only some of the best scientific benefits, but also it has great importance in Islam.

There is a lot of appreciation for those who keep it as they will be following the chosen path of Muslims. It is suggested to keep a beard and follow the sunnah of our Prophet (P.B.U.H). A man should take care of his beard and celebrate his masculinity according to Islamic guidelines to have a win-win situation for the Deen and Dunya. 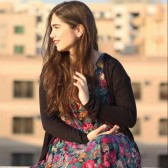